Glamorous is my favorite CSS-in-JS library for React and React Native. Coupled with styled-system, polished and prop-styles, it brings you the most complete and flexible approach to component styling.

Among the many reasons to prefer Glamorous, is the ability to use JSX props for styling and not having to... 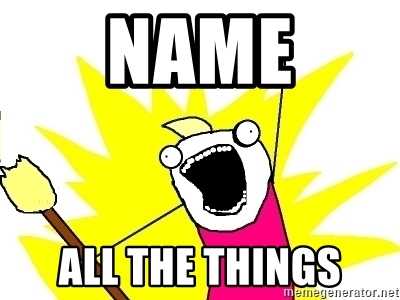 Let's take a look at an example of what I mean:

Glamorous (technically Glamor, which is based upon) allows many ways to override a component's style in addition to the option above. However, these seem to only work on components created by its component factory, not with normal DOM elements. You can see the difference here:

The second example would not work, as this is a "default" element. However, there's a way to make that work if you're interested in having consistency across your project above all.

I've chosen a NextJS app for this example, so we'll look at adding Glamorous and enabling the native element style in order.

Adding Glamorous to a NextJS app

In order to add Glamorous to a NextJS (including being compatible with SSR), we need to add them to our project:

Then we need to add the following to pages/_document.js (straight from their example page):

With this in place, we're able to use Glamorous as we would in any other app, so let's enable native DOM element styling now.

The reason we can't style native elements (lowercase elements, e.g h1, div, etc), is that the custom props are only enabled for components created by Glamorous component factories, which in turn create Glamor elements.

In our .babelrc, we make a couple of changes, instructing Babel to use Glamor.createElement instead of React.createElement:

Please notice this is Babel 7, but the process should be very similar for version 6.

We took care of replacing the calls, but Glamor would still need to be in scope, in the same way React should. Otherwise we would to add the following statement to every file:

But we remember that, in NextJS, importing React in your pages/components is not actually required, and we can achieve something similar for Glamor.

How so? We modify our Webpack config in our next.config.js:

And that is all we need! Now we can style native elements, like so: